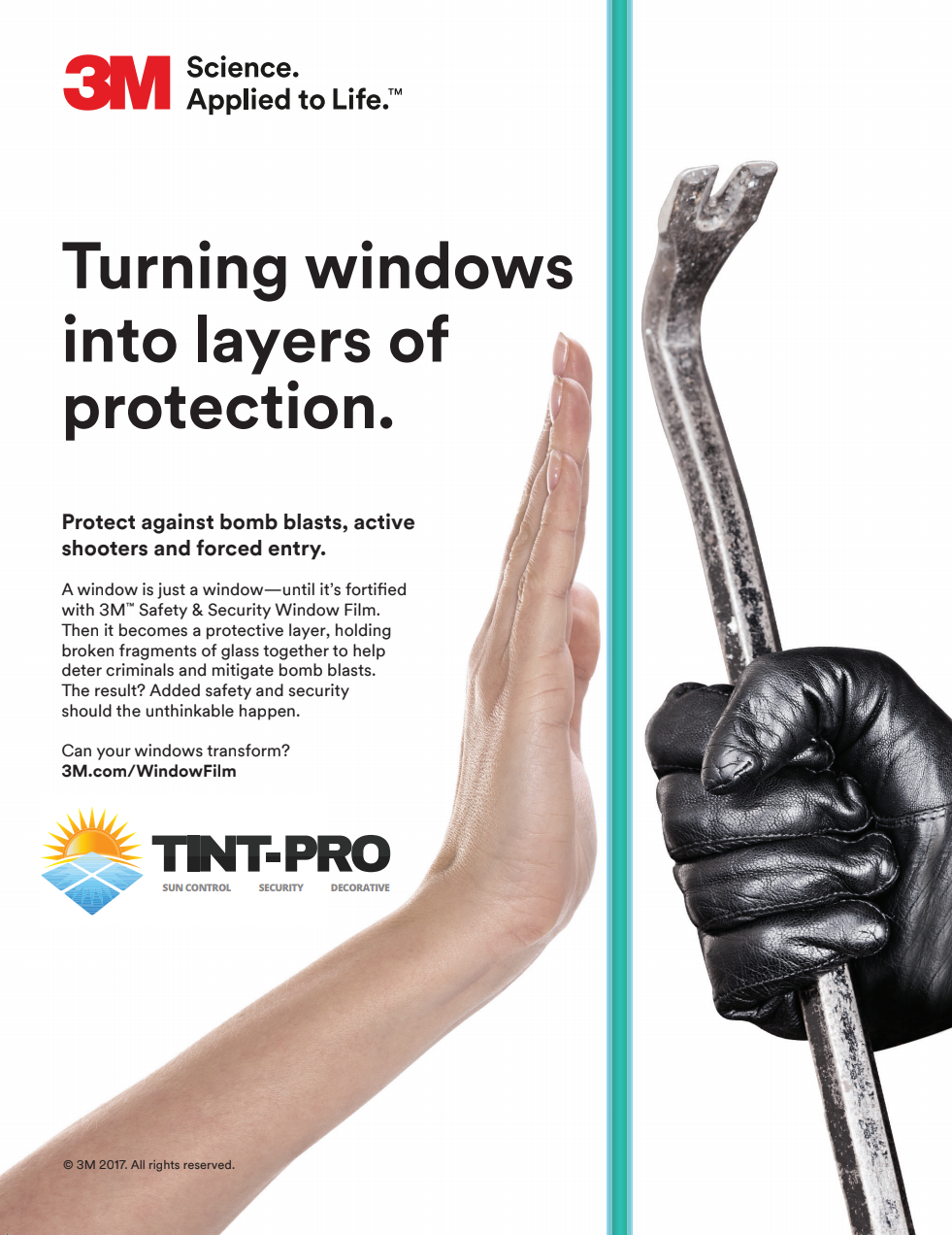 Increasing security at schools should be parents and administrations number one priority. In 2018, there have been 17 school shootings or gun related incidents where individuals were killed or wounded. This sad reality doesn’t seem to be slowing down, so increasing security is the best way to tackle the issue. A multitude of these shootings were the result of bullets going through unprotected windows. One way that schools can increase security is by fortifying their windows with 3M Ultra Series Safety and Security films. 3M window films are a quick solution to increasing protection on the most vulnerable break in point on schools. Our team can easily turn ordinary windows into high-security barriers to protect your children. The Ultra Series Safety and Security films use numerous laminated layers of microthin polyester to keep windows transparent with remarkable strength and ability to absorb shock. The best part about this film is that predators are unable to detect it on windows so it will give vulnerable students, faculty and staff time to react and get to safety. With an average of 1.4 school shootings happening per week, it would crazy for schools to not take the extra step of increasing the stability of their windows. We understand that installing protective window films isn’t in every schools budget, however this is an investment that can pay itself off. The 3M Ultra Series not only increases stability, but it keeps out 99% of the suns damaging ultraviolet rays to reduce heat which will cut back on air conditioning costs. There’s no reason to not reinforce windows to protect the precious lives of defenseless children, faculty and staff.